This iconic page is later revisited as the revelation of WitchDoctor's origin. It depicts a young Jovan alone in the tall grass of the Motherland and would go on to illustrate an awesome action sequence.

The root of WitchDoctor's story was to raise our hero from child to man, and to allow his father to introduce him to global cultures while seeking the wisdom and spiritual leadership of the people. Gerard Carrington's true intentions would be uncovered later as the adult Jovan and the hero WitchDoctor recall his training.

It is important that this story - much like life itself - started in Africa. 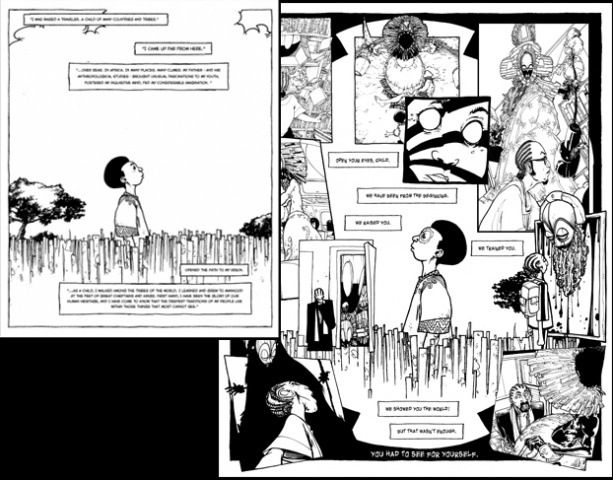 Child of the Wild
< previous next >