This magnificent creature struck fear in the hearts of early Americans. Folklore cast the shadowy bird as the bearer of bad omens and the harbinger of death. The bird was a common pest for early farming and shepherding yet its tactics show intelligence making it a frequently underestimated enemy. For its color and supposed reputation the crow became colloquially ascribed with blacks and sometimes caricatured as them. Jim Crow was built on all of that.

Based on the actual term used to categorize the supposedly civil laws of post-Emancipation era America - yet exploding from polite history - Jim Crow revives the bird's natural characterization of hunter-in-flight in this elemental fight for freedom. 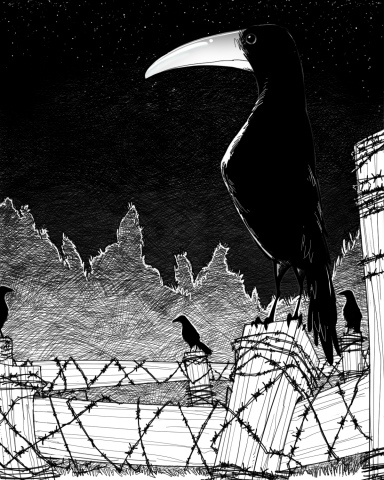 The Crow
< previous next >