From the back of the Black Star mobile unit Isis DeNile commands the troops and seeks the guidance of M.A.R.C.U.S. The old-fashioned radio seated next to her collects the teachings and orations of Garvey and espouses wisdom when called upon. The device is positioned as not only the unrevealed commander of the series but also acts as a means to share historic elements within the context of the comic book adventure.

Weaving Black history into the texture of his stories is a common thread of Kenjji's work. Look for Black Star and other heroes in the forthcoming comic anthology KUROMANGA. 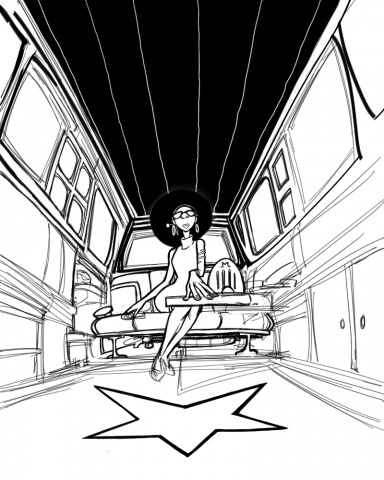