The original crossover promotional piece for Griot Comics was Kenjji's collaged illustration of all of the Griot heroes. Pictured here are the Horsemen (an epic comic series by Jiba Anderson), a subtle angelic appearance heralding the forthcoming series 9:13 by Michael Larsen) and the Doctor himself.

This would be the only instance where the Griot heroes appeared together. Kenjji would also illustrate the wraparound-cover of the second issue of the Horsemen. 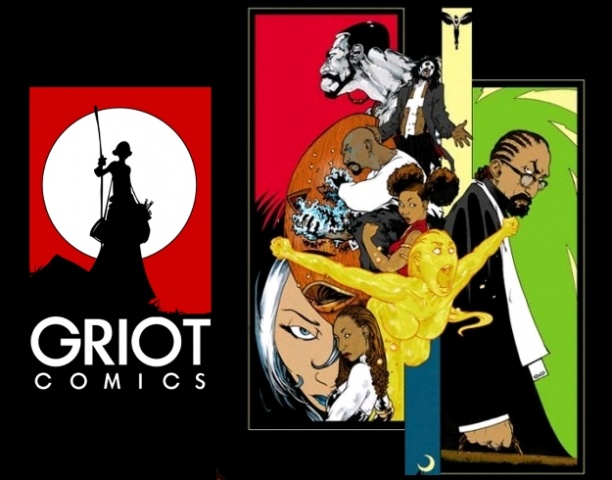